Vue Lighting Rig: Two Spots 45 Degrees From the Side

This week rig uses two spotlights to illuminate an actor each is roughly forty-five degrees to the horizontal.  One on the left and one on the right. 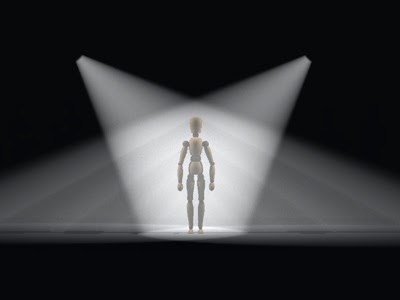 As the light now comes from an increasingly lower angle the shadow cast on the stage lengthens and a larger corridor is selected across the stage. There is now a greater chance of light falling on scenery. More of the face is now lit with more light reaching the eyes, mouth and teeth. 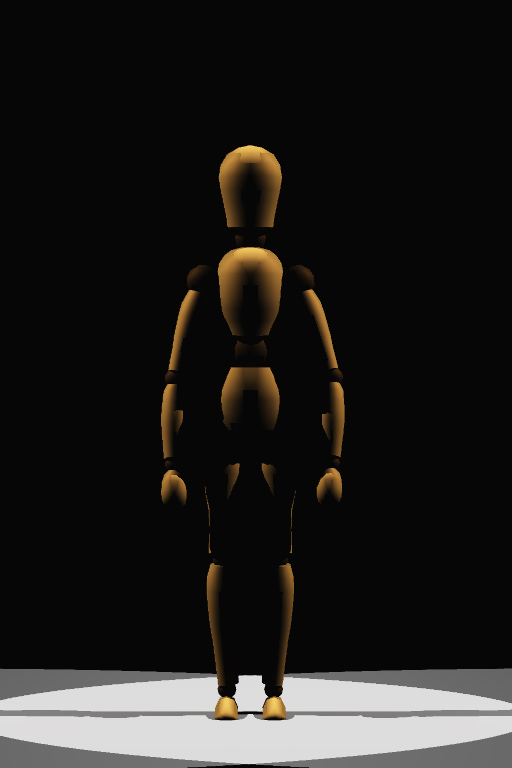 A variety of similar effects can be achieved using a pair of lights angled at between thirty and sixty degrees. As the angle lowers more light reaches the eyes past the eyebrows and the shadow under the nose lightens too. One shortcoming of this rig is the tendency for a dark central line to appear down an actor’s face where the lights meet. There is also the obvious shortcoming that two lights produce two shadows. 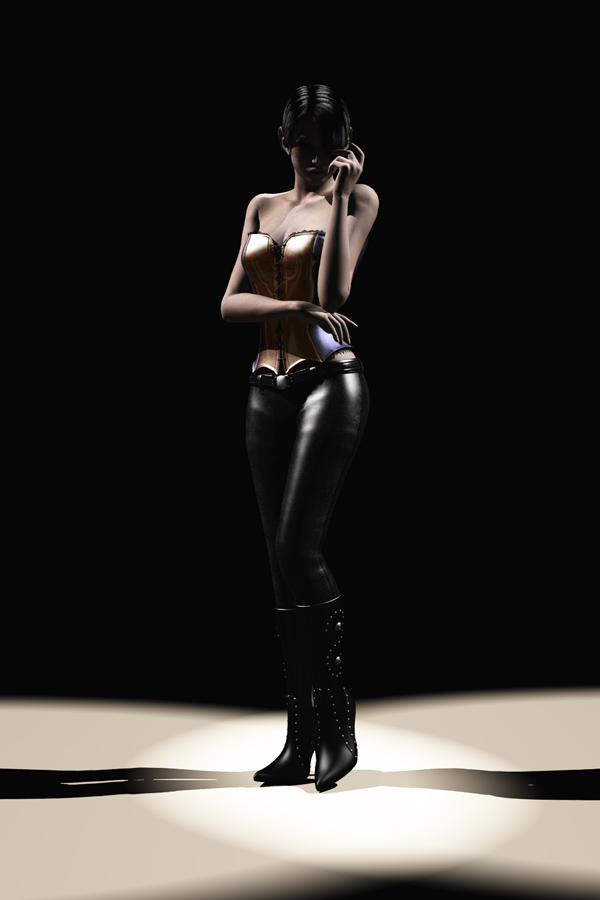