Vue Lighting Rig: Single Spot Slightly to One Side

This theatrical lighting rig is a variation on a single spot light directly overhead.  The light has been moved slightly to one side and angled so it shines on the figure including both the top of their head and the bottom of their feet. 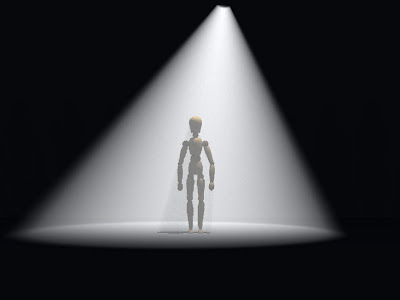 This rig shares the advantage that it is simple and quick to render with the Single Spot Overhead rig. The shadow cast on the stage is small but is longer in length than the single spot overhead. There is more chance of a shadow falling on the scenery. The effect of the lighting is quite dramatic. 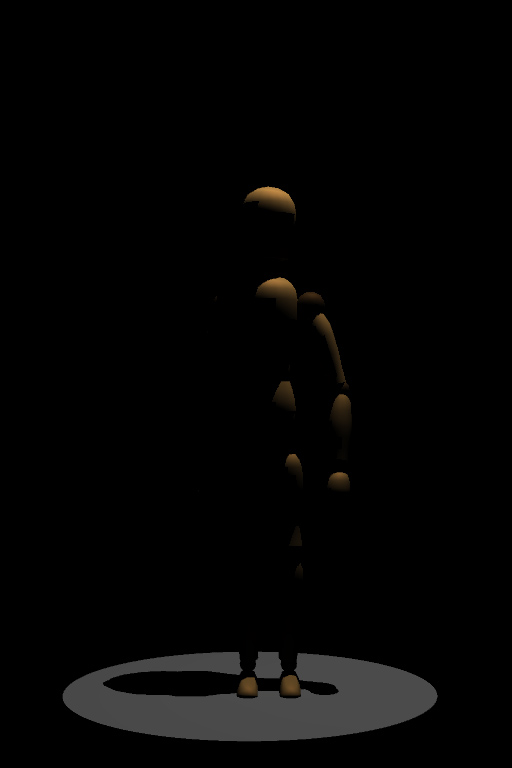 A figure lit in this way has more of their form revealed and some light may now reach the eyes and the mouth on the side the light falls on. While it is still not a great rig if you want to see a performers expression it may be used if the aim is to create a mysterious mood. 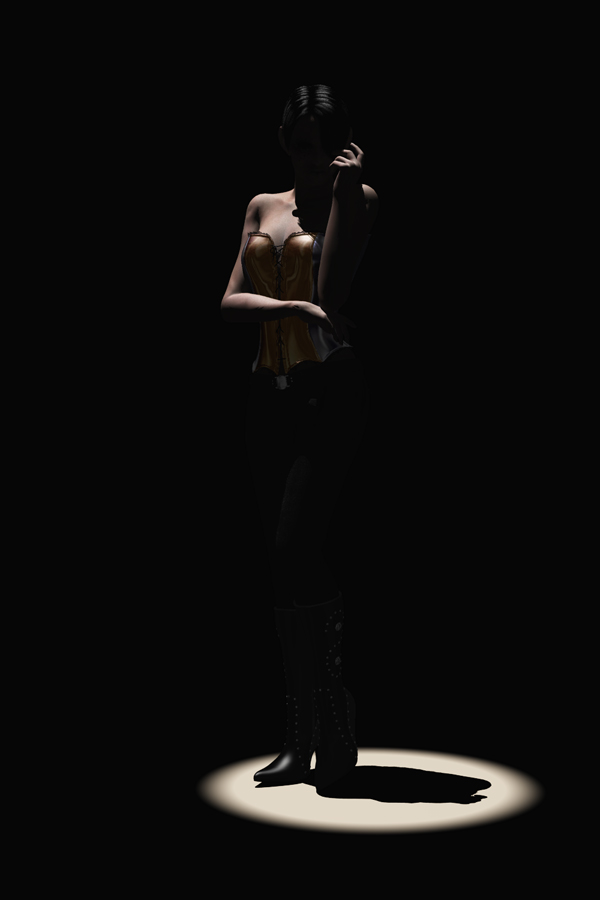 All of the images were made using Poser 7 and Vue 8 Infinite. It could have been made using any version of the current versions of Vue since Vue 6.