One of the simplest lighting rigs used in a theatre is a single spot light directly above a figure.  This image shows the principal of this set up. 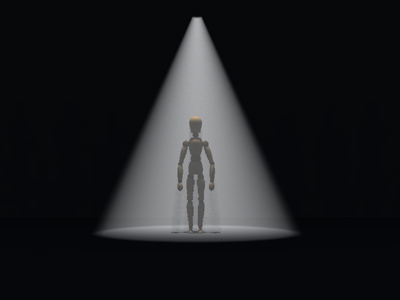 I’ve placed the light closer to the top of the actor than a real light would ideally be placed.  By placing the light higher a narrower beam can easily illuminate the whole width and depth of a person.

This rig’s main advantages are that it is simple, quick to render and casts a small shadow on the stage and scenery. It is also quite dramatic evoking images of figures lurking beneath street lights in film noir detective movies. However as the next image shows it has several flaws. 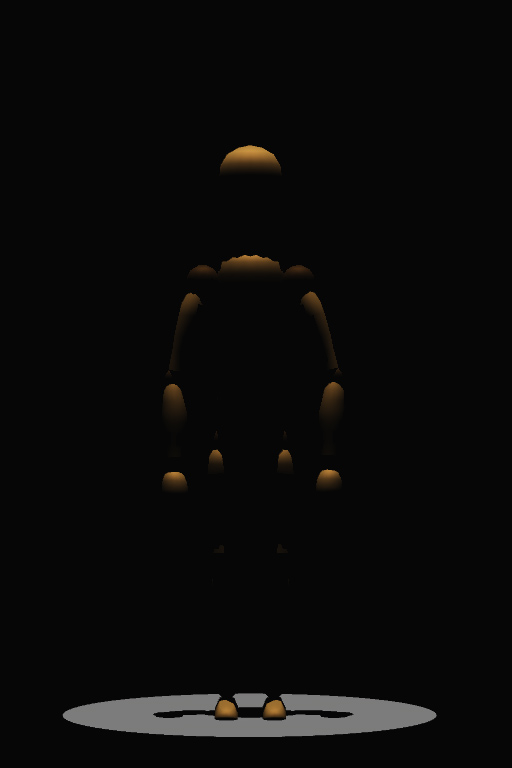 Light falls mainly on the top of a figures head, the chest and the shoulders. little light falls on the front of the face leaving the eyes, mouth and nose all in shadow. This lighting rig shows none of a character’s expression for most poses. Shadows from the head, arms and chest can fall in an unnatural way on lower body parts.

My last image replaces the manakin with a less wooden performer. The use of a little volumetric smoke in the light helps bring her out from the blank background. She appears mysterious and brooding as her face is not visible. The strong shadow of her head detracts from the picture. 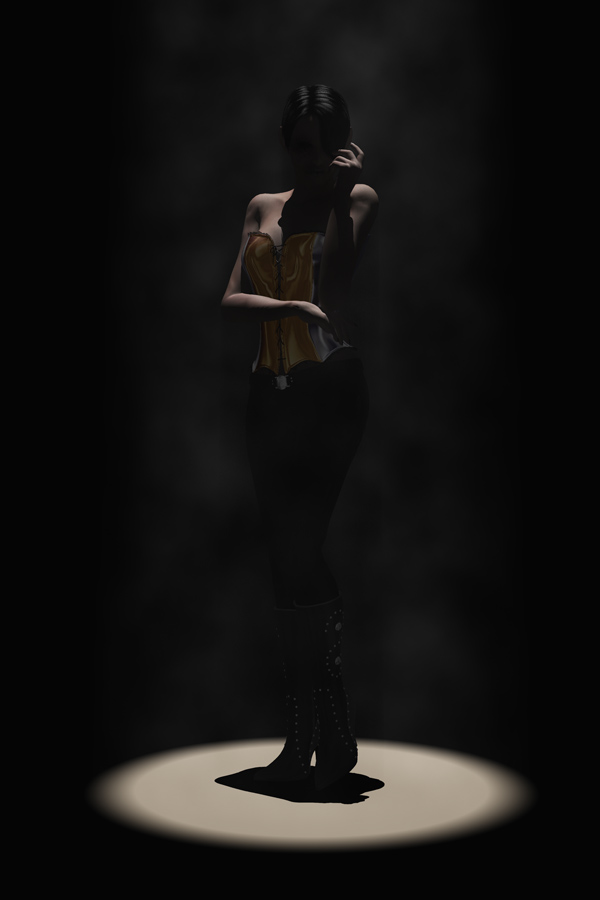 All of the above images were made using Poser 7 and Vue 8 Infinite. It could have been made using any version of the current versions of Vue since Vue 6.