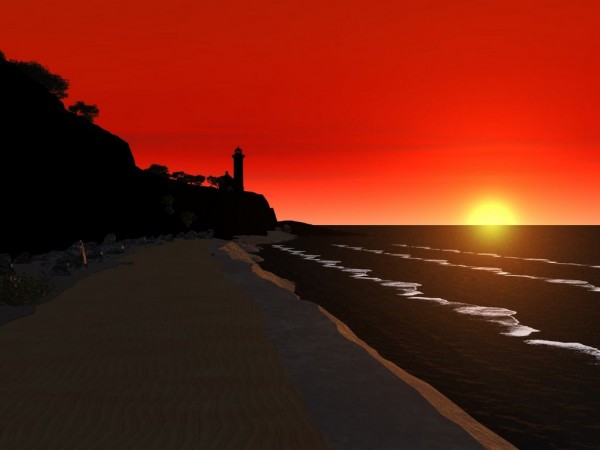 This first picture was my entry in the Renderosity Vue forum’s April challenge. 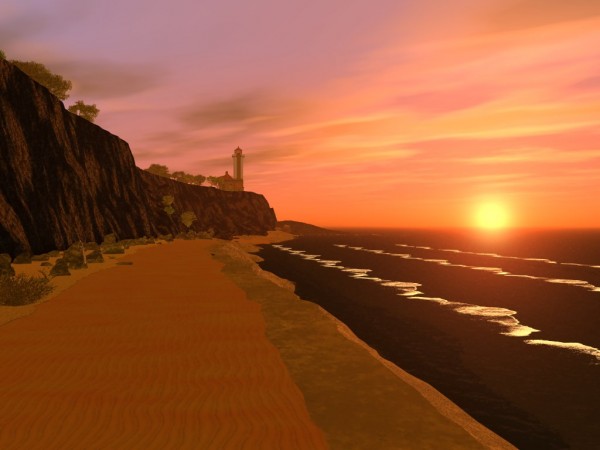 The second was the first version of it I did. Pretty much the same scene but the change to the lighting and atmosphere really changes the final image. Looking at them side by side I’m not sure which one I prefer. Both made with Vue 5 Infinite, the Point Wilson Lighthouse from Cornucopia 3D in the distance and Monsoon’s Sea Vue textures at 3D Commune.