What is a Sayers Sausage Roll?

What is a Sayers Sausage Roll?  I suppose that could be a philosophical question but I’m thinking of things a little more concrete.  A Sayers sausage roll is different things to different people… 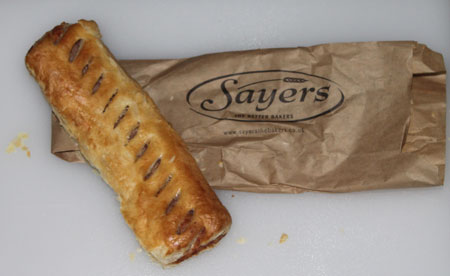 “A Sausage Roll is a type of savoury pastry commonly served at parties and available from bakeries and milk bars as a take-away food item. Originating from the United Kingdom, it is also very popular in the Republic of Ireland, Canada, South Africa, Australia, New Zealand, Belgium, and the Netherlands.”

Now Sayers is a Liverpool institution founded a hundred years ago with 150 odd shops in the North West.  When I arrived in Liverpool it was the dominant bakers across the city.  If you needed something to eat and didn’t know of a better shop nearby you could at least guarantee a Sayers nearby and that the food would be just like every other Sayers.  In any busy row of more than a dozen shops the odds would be on there being a Sayers.  Often there would be two one toward each end of a row of shops. 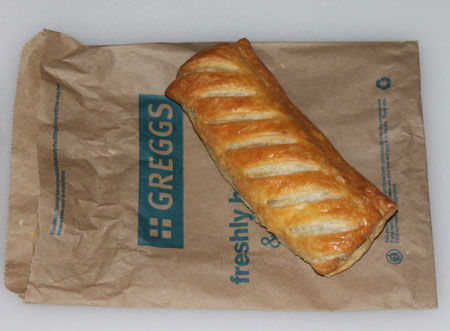 I did a quick survey of Sausage Roll availability at the shops near where I live. 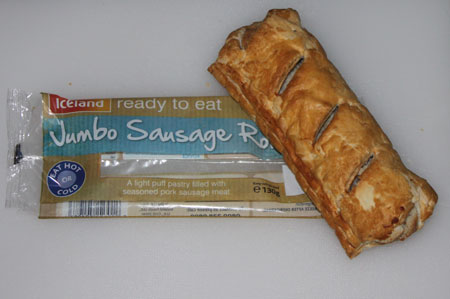 Well sort of the science bit.  OK its completely unscientific.  A sample of sausage rolls were bought from each seller for measurement, tasting and dissection. 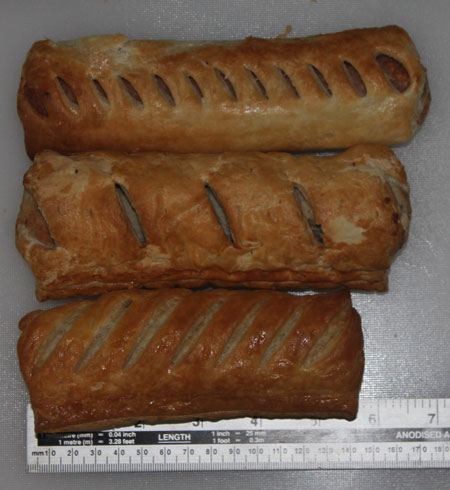 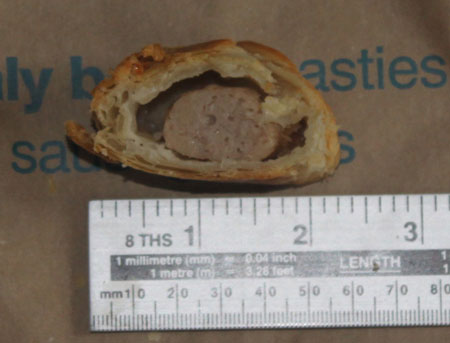 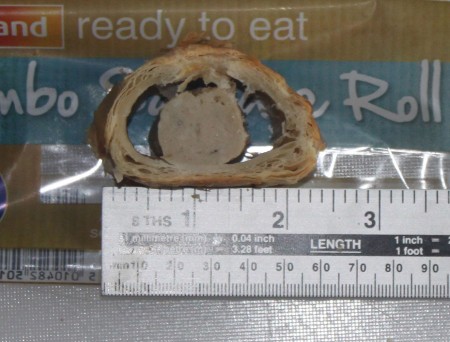 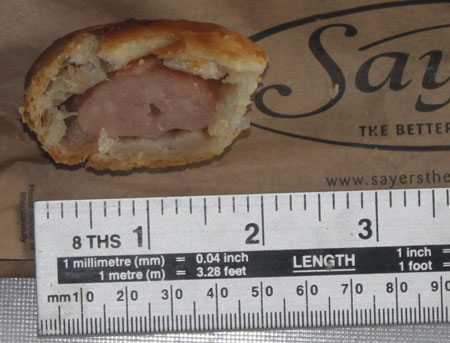 It was a dirty job but someone had to do it.  I tasted all three sausage rolls.  Its been some time since I’ve had a Sayers sausage roll: it seemed to me the filling has been improved.  Less like a vaguely flavoured napalm mousse and more like lightly spiced sausage meat.  I couldn’t really say there was a significant difference between the Sayers and Greggs sausage rolls.  The Iceland one had a spicier filling but was generally as palatable.

The most noticeable difference was the pastry.  The Sayers pastry was slightly crublier than the Greggs while the Iceland one had a more robust puff pastry possibly engineered to survive transportation better than the others.

Working on the edge of Liverpool’s Cavern Quarter there are tourists about all year round.  I was walking past a Sayers last week and I overheard a conversation between two tourists.  I’m not going to try and reproduce it word for word but more in spirit…

Japanese Tourist “What is a Sayers sausage roll?”

Japanese Tourist “Yes but what is a Sayers sausage roll?”

2 Responses to What is a Sayers Sausage Roll?

Great post. Amazing research, scientific, extremely comprehensive, you put so much work (and dare I say it, love into this)!
A 'Scouse Dummy', was either a sausage roll from Greggs or Sayers in Liverpool. I wrote something about it today and then discovered your blog, which kind of made it more real. Thank you.