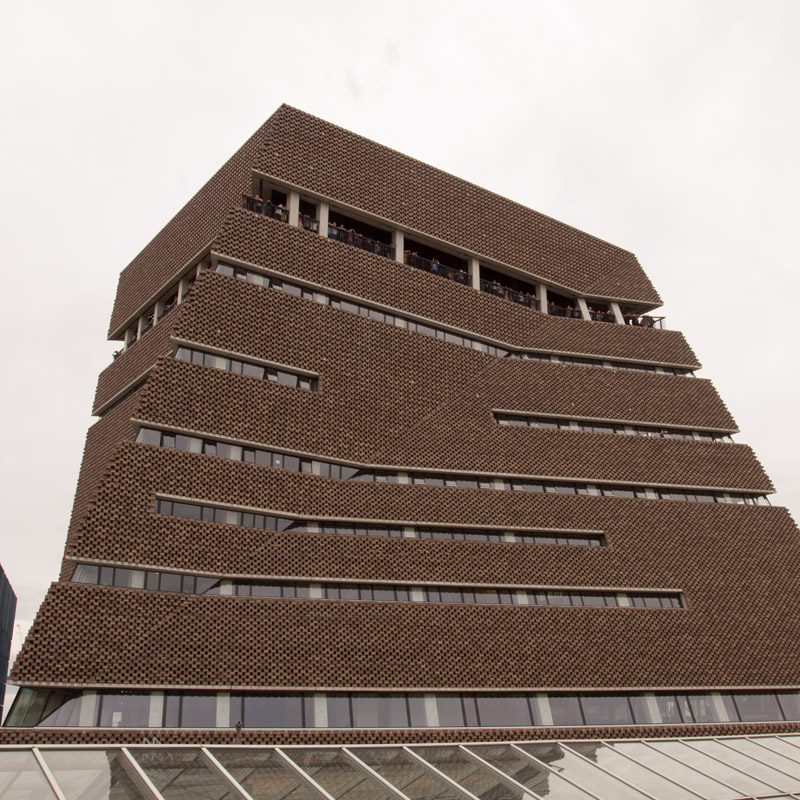 First time at Tate Modern since the new Switch House opened on Saturday 9th July .  There are many good things:

However there is also The bad – the Switch House lifts need more thought. The viewing platform was so popular trying to travel to other floors was frustrating. I took a lift to the 4th floor and then climbed the rest of the way taking a break at the new members room on the way.  The cafe shut before evening despite signs and information on the Tate website saying it was open.  That left me with a choice of bar menu (half or whole roast chicken or one vegetarian choice) or one of the expensive restaurants.  I wasn’t alone in my disappointment but everyone else who tried the door while I was nearby left the building.   Assuming a pretty constant demand that’s hundreds of paying customers lost each hour.

I went down to the Tate Modern Tank for the first time. Its a very stark space with bare concrete walls.  I was really impressed that for once some video installations that actually felt like the artist had taken time to learn how to use equipment. I did think it was slightly odd that an installation artist intended audience to interact with (according to the BBC documentary about the opening of Tate Modern Switch House) is restricted to staff doing it once a day.

I didn’t have time to go round the new permanent galleries because I wanted to get round the three temporary exhibitions (and went round two of them twice).

The massive increase in space for members is a big, big improvement.  The new members room is too noisy as all surfaces are hard with no sound adsorbing surfaces. The servery badly laid out and very slow because of that. There are two tills but one is unusable at wrong end of counter. Best views from room have seating facing wrong way while views in to neighbouring flats have bar seating looking out of windows.  There’s also no art in the new members room.

The number of children in the old members room on a weekend never bothered me but I’ve come across people calling it a creche and I think they’ll be a lot happier as relaunched as the members bar it was a lot quieter.