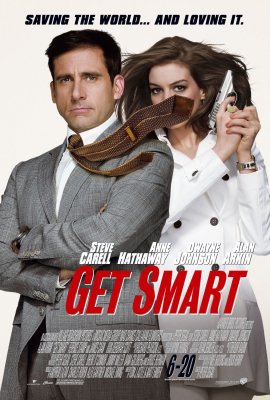 Its funny, its got quality slap stick and its definitly Get Smart.

Get Smart isn’t one of those remakes. Yes its a star vehicle for Steve Carell, Anne Hathaway, Dwayne Johnson and the rest of the cast but their all playing their part not just playing for cheap laughs. Thats not to say there is a shortage of laughs. There are plenty of them. Not say Airplanes constant in your face assault but a high enough count for a comedy film. Theres enough slapstick without it becoming heavy handed. Then again it ought to be hard to mess up a comedy origally created by Mel Brooks and Buck Henry – just distil out the best gags from the original and use them in a well constructed story.

×
Hellboy II: The Golden Army
A few Words Here and a few Words There