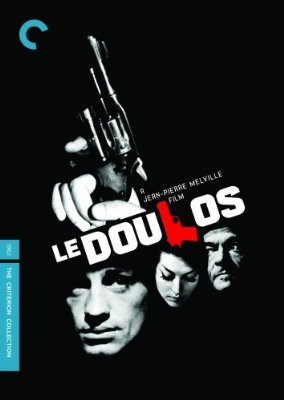 in one of those greatest films of all time lists burried between the always present classics and the good recent films that get voted onto lists for a few years and then fade. It caught my attention because its not one of the usual group that turn up in the former category and being made in 1963 its not one of the later either. Then a couple of days later I spotted it as a new release DVD for a not unreasonable price and picked it up. I was in the right mood for a black and white, subtitled film tonight so I’ve just finished watching it.

I’ll try not to spoil it (which also saves me writing too much given its past 1AM). While there are the odd bad 1960s back projected car journeys there are also some wonderful bits of cinematography especially the opening titles where a character walking alongside a canal under bridges is followed by a long tracking shot. The plot is convoluted but also easy enough to follow. The subtitles are legible throughout and don’t make the film hard to follow. In places its age shows but I’d say it fares far better than some other films from the same era. If you liked modern films takes on similar themes such as The Usual Suspects or Resevoir Dogs this is probably worth its 106 minutes.