Renshaw Street in Liverpool has been the home of Rapid Hardware all the time I’ve lived here. It took up so many of the shops along one side of the street that it was commonly known as Rapid Hardware Street. When they moved into the old George Henry Lee’s / John Lewis building it left the street looking very bare. Now for the Liverpool Biennial 2010 large sections of the old shops have been turned into temporary galleries and a Visitor Centre. Six of the shop windows are filled with the billboard-sized photographic works by Freee Every Shop Window is a Soap Box. 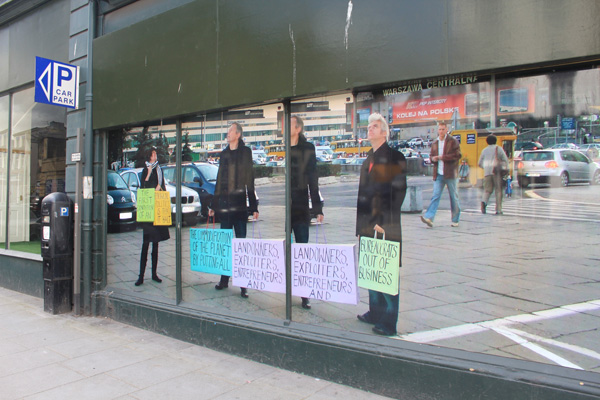 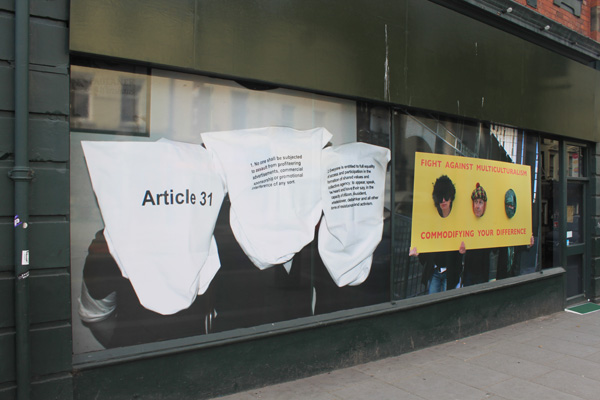 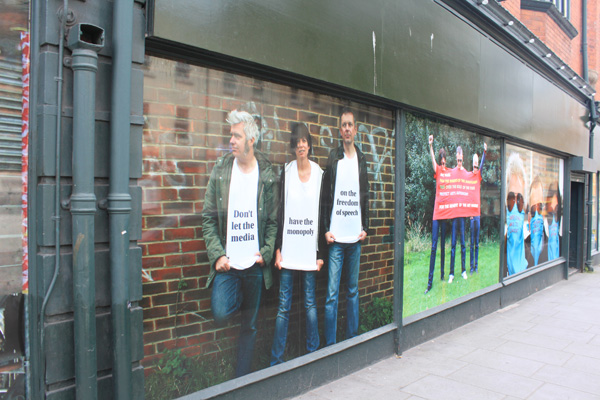 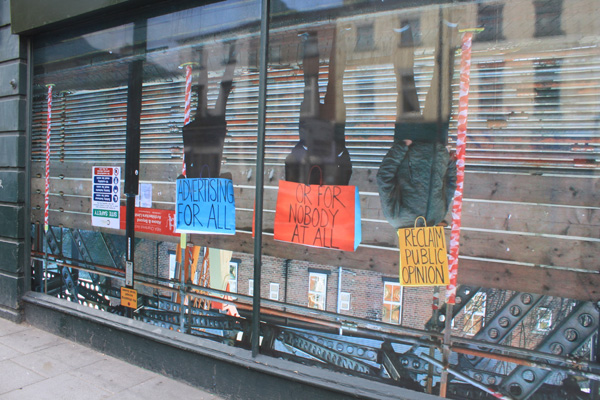 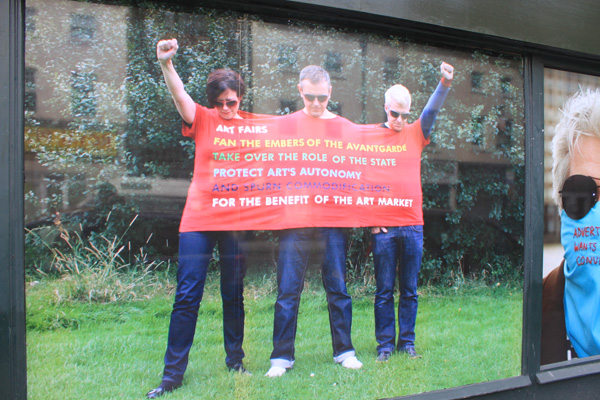 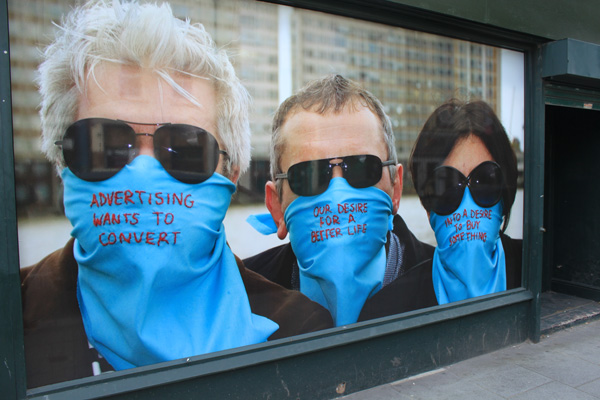