Vue Lighting Rig #8: Spotlights at 45 degrees from the Front and Back

Last weeks theatrical lighting rig for Vue placed two spot lights at 45 degrees on either side of the actor but this can create unsightly shadows especially down the middle of their face. This week the same rig is turned so that one light now points from the front and one from the back. We’ve already looked at Vue Lighting Rig #4: Single Spot In Front and Vue Lighting Rig #3: Single Spot Slightly Behind which are similar to the two lights that make up this rig. 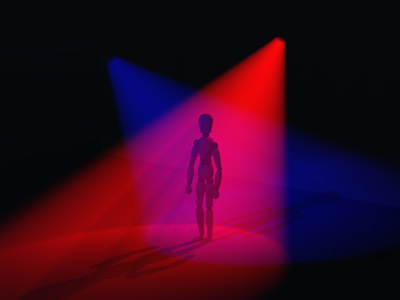 It combines both the advantages and disadvantages of those rigs and adds a few of it’s own. Light may be cast on to scenery in front or behind the actor but lighting to the sides of the actor is tightly controlled with little spillage there. The two shadows that are cast can appear unnatural. It is quite an efficient rig as it only requires two lights. 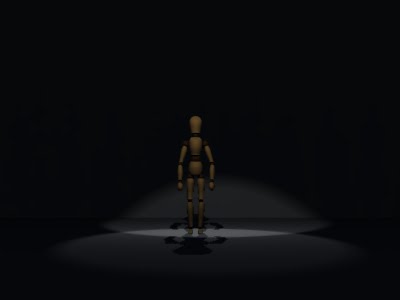 Looking at the actor we seen their face is now lit but there can be unsightly shadows under the nose and chin. The lighting is quite flat with little modelling. The back light reduces the flatness of the lighting adding highlights to the top of the head and the shoulders. This can be enhanced by adding a very small volumetric setting to the light. With real lighting it also back lights the actor’s hair but this is difficult to achieve when rendering. 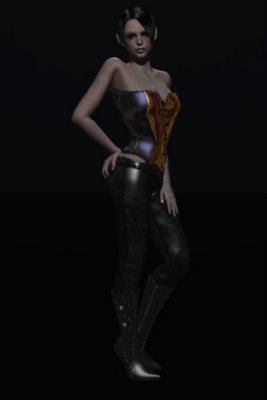