This third of my lighting rigs for Vue following on from last Mondays Vue Lighting Rig #2. This week the point light has been moved behind so it shines on the figure including both the top of their head and the bottom of their feet. 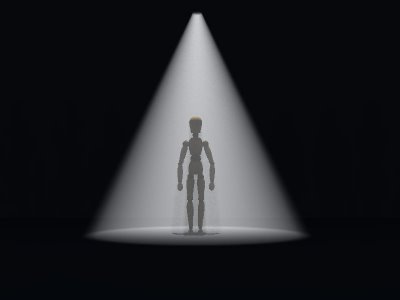 With a single light source behind an actor no light falls on any of the facial features. Some light does fall on the top of the head and the shoulders creating highlights. 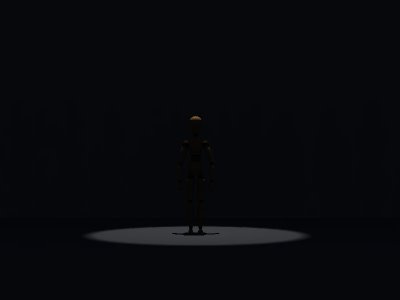 This rig, like the first two, is simple and quick to render with last weeks. The shadow cast on the stage is small but is longer in length than the first week. The actor’s shadow is cast forward on the stage avoiding the backdrop and any scenery behind them. With a little haze the actor is effectively separated from the scenery. 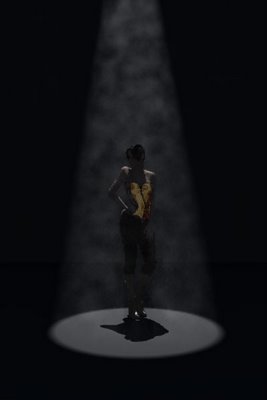 Since the actor’s face is in deep shadow strong colours and bright volumetric lighting can be used effectively to create dramatic effects. This second example shows the use of both these lighting techniques. 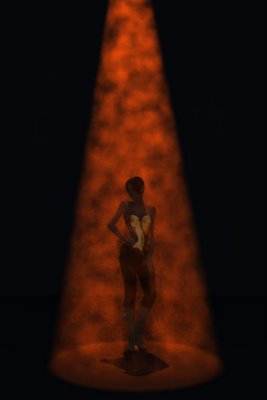