Last weeks entry in my ongoing series of theatrically inspired Vue lighting rigs is one of the most commonly used rigs: Two Spotlights from the Front. Tonight’s rig is an improved version of that rig which adds a third light behind the actor to add a little back light. 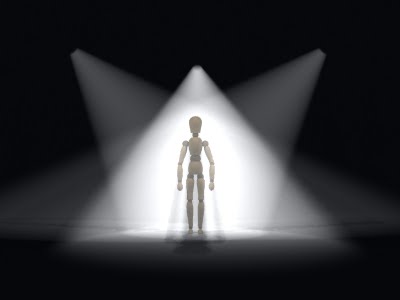 During the development of theatrical lighting the two light rig became popular because it provides good illumination of the actor, modelling and area control. Backlight was outweighed by the cost effectiveness of a rig that used only two lights. 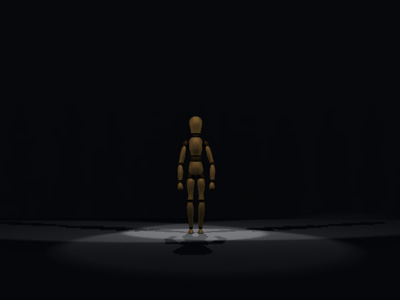 However to give a more natural look light needs to fall on an actor from all around. This can be achieved by adding a third light directly behind the actor. It can shine at as little as 20° from the vertical. In some smaller theatres or when there are a lot of lights in a rig and space is tight an almost vertical downlighter may be used. The new rig had all the advantages of the two light rig and the added bonus of the backlight. 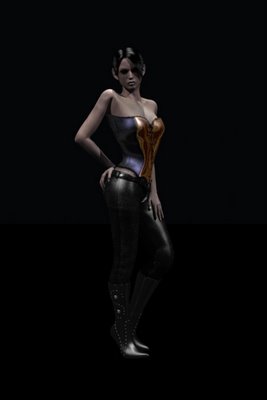 Compare it with last weeks image: 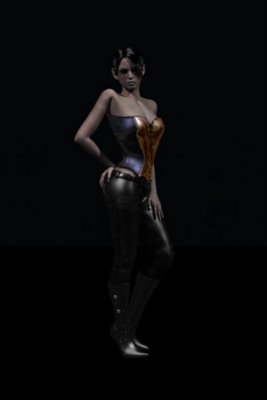 Hopefully you should see that there are highlights on the shoulders, hair, and arms. Here is a rendered the same image with just the backlight with a high power setting. I’ve tweaked the image in photoshop to emphasis where the light falls. 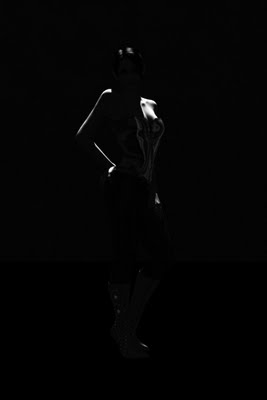 For a slight variation I’ve added a very slight volumetric effect to the back light in this image but reduced the lights brightness. Rather than separating the figure from the background by adding highlights around the edges the volumetric effect picks them out.

Using a three light rig has very little impact on render times compared to using a one or two light rigs. 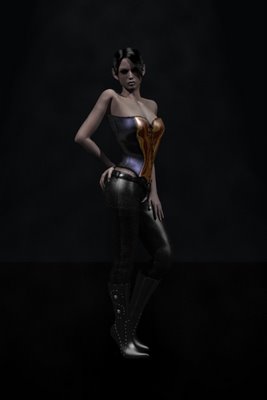 For a variation on this rig the backlight may be hung slightly to the side.