This weeks follows on from last weeks four light rig. This week the lights are again at ninety degrees to each other. The lights have been rotated so we now have a light pointing straight in from the front, one from behind and one from each side. 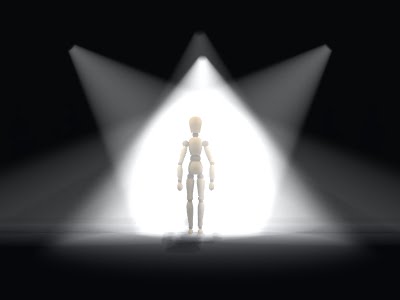 The light from behind adds highlights, reduces the lighting’s flatness and separates the actor from the scenery and backdrop. 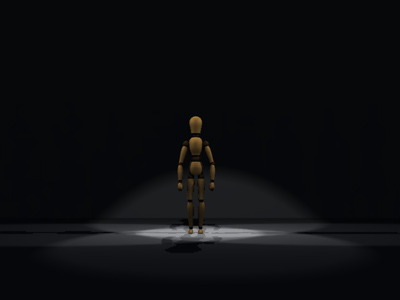 Many of this rig’s real world disadvantages are the same as last weeks rig. It uses four lights in the rig and four dimmers if each light is controlled separately. In a small theatre may be hard to justify over a three light rig.

Although this rig has better control of spill there are still four shadows cast in different directions with the danger of them falling on scenery, props or other actors.

From a rendering perspective a four light rig is only a fraction slower to render than a one light rig so this has little effect on the decision of what kind of rig to use in an illustration intended to simulate stage lighting. 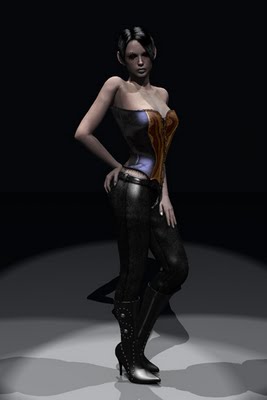 All of the above images were made using Poser 7 and Vue 6 Infinite.