With improved power supplies, lighting desks that can control more lights in larger theatres it has become possible to use more lights to light an actor. This allows a lighting designer to go from the standard 3 light rig to four light rigs. 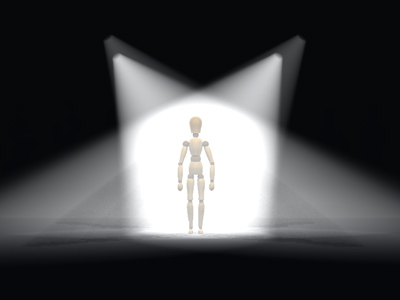 This weeks rig has four lights set at 90 degrees to each other. As with the previous three light rig the front two lights are angled so as to stike the actor from the diagonals. Now though these lights are mirrored by two lights behind. 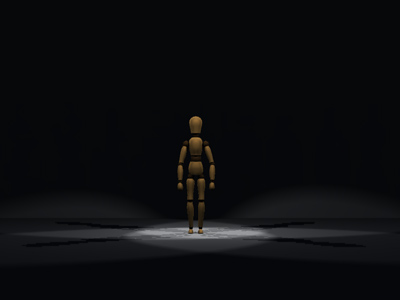 While this rig doesn’t improve on the general illumination provided by the three light rig it does give improved highlights around the edges of the actor. Separation from the background is not quite as strong. There is now quite a lot of light spilling both backwards and forwards onto the stage. Four shadows are being cast in different directions with the danger of them falling on scenery, props or other actors. For computer graphics this rig can give better lighting of a models hair because of the extra side light. 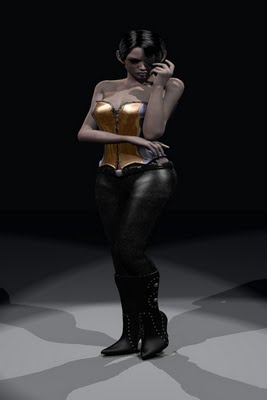 Next week I’ll show you another four light rig that has several advantages over this one.