Back in part 1 of Vue Lighting Rig #16: Three Point Lighting I said I’d work through renders from some of these different rigs. Tonight I’ll cover two of the variations.

The first rig has the back light placed directly behind the subject and it is horizontal. 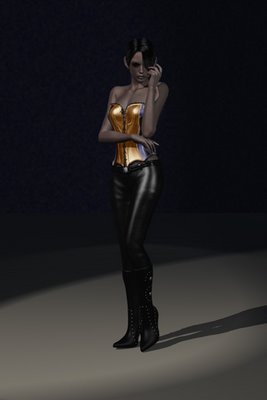 The next image is the same rig but without any back light. 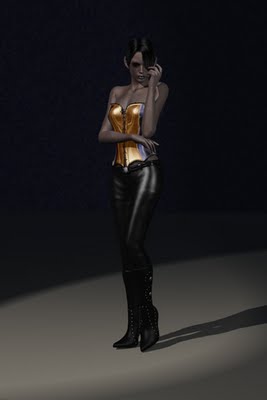 You should be able to see there isn’t a lot of difference between the lighting of the two figures. This is because, while it may work with real world physics, with a computer simulation using a poser model and standard vue texturing a horizontal back light has little or no effect.

The second rig tonight places the back light almost vertically above the subject. It is pointing down at an angle of 10 degrees to the vertical from behind. A simple render with the back light set to a power of 500 and no other lights shows this one will have some influence on the subject: 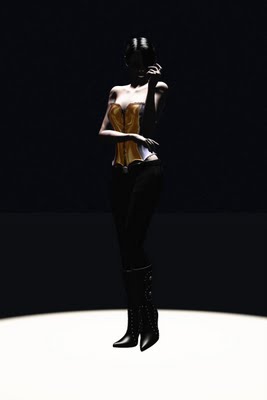 Now with it turned back down and the other lights turned on: 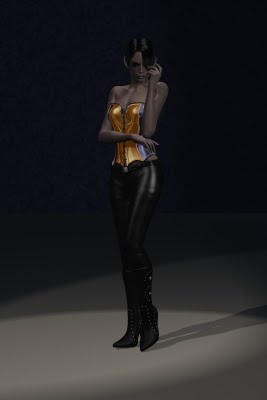 All of the above images were made using Poser 7 and Vue 6 Infinite. The figures skin texturing was enhanced using SkinVue.