I use Daz figures a lot for making pictures to help me remember what a character looks like for a story and for NPC illustrations for games.  I do pretty much all my rendering in Vue so a certain amount of tinkering with textures is required.  I’ve used SkinVue for a long time for that and since an update came out last week I thought I’d check it out and see how it performs with Daz’s Genesis 2 figures.  Since the skin part is important I picked an outfit that shows more than most of the character renders I do show.

Victoria 6 morphed and with textures applied in Daz studio exported as an obj file then imported into Vue in a scene I use for rendering character illustrations.  SkinVue applied then rendered with custom settings.  The renders were saved out and the only post render manipulation was to resize the images for the web. 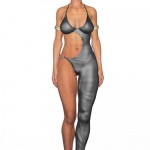 Render from the front 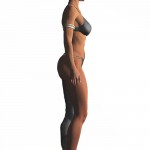 Render from the side 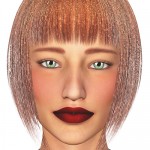 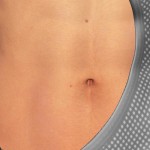