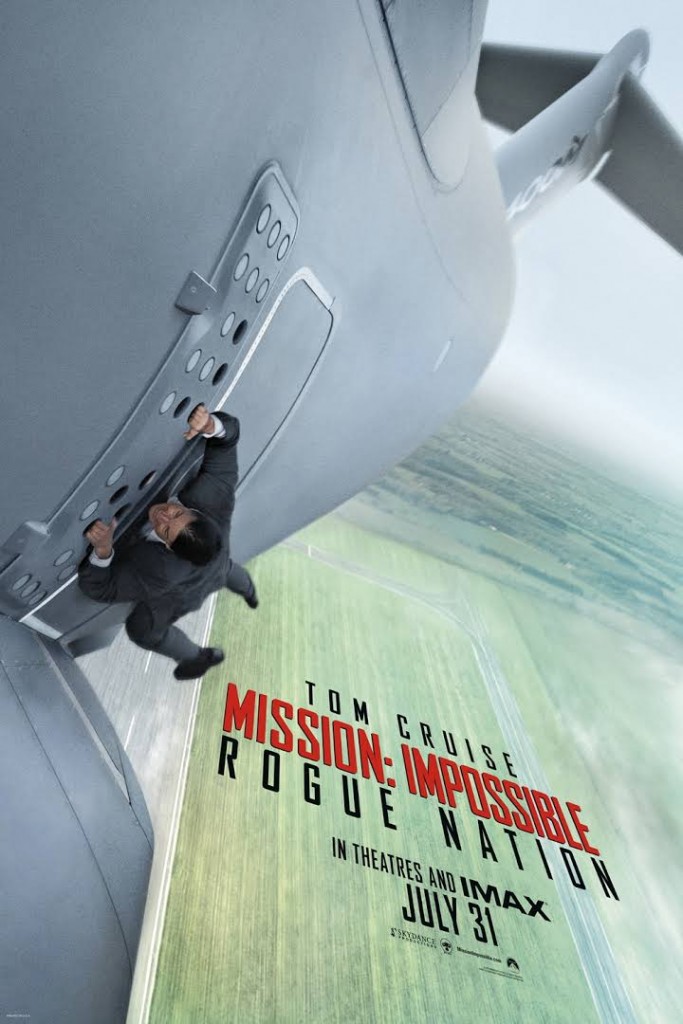 This film is everything that The Man from UNCLE wasn’t last week. Its grounded in the franchise that its grown out of and has a clear respect for the original source even if much of the audience won’t have seen the 60s original.

We kick off with an action sequence that has more to do with a Bond opening than Mission Impossible but it sets up what follows. And what follows takes classic MI tropes and plays with them. We have a proper MI title sequence with the original driven theme music. We have a classic briefing scene including smoke. We have face masks. We have the Syndicate re-imagined as a highly proactive enemy rather than a rebranded mafia. We have glamorous international locations. We have a team drawn mostly from the pool established by the film series.  We have a female character who is as cometent as Cinnamon Carter.

The film has several great heists and infiltrations. Maybe the most audacious though is stealing the lock opening devices that the TV version of The Man from UNCLE used and reimagining them as an IMF gadget.

I was really pleased that we got a whole film with no traitorous IMF agents which was a trope overused to the point where IMF really should have been shut down by a committee if it had been brought out again. There is definite chemistry between the team members although I find Simon Pegg doing angry quite hard to take seriously.

If I could have two wishes for things I’d like to see in M:I6…

1) We do get some psychological stuff but I’d still like to see the IMF run the sort of con game that they did in the original series constantly on the edge of being discovered. Done right it could bring something new to the series.

2) I’d also like to see the IMF on the front foot – the reason they’re being shut down in the film is that they’ve become a reactive organisation tangled up in chaotic events rather than a proactive solver of problem situations. It’s time to see the team executing a really clever plan rather than improvising to stop some one else’s.

Still that said this was definitely a good night’s entertainment and an excellent instalment in what is now a well oiled franchise.