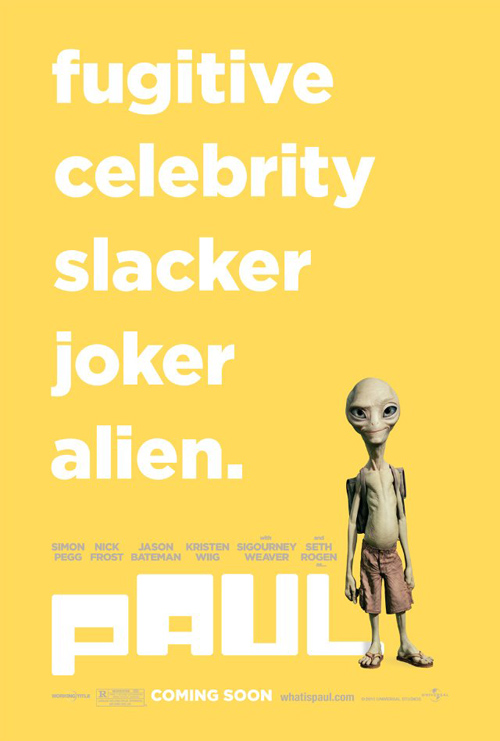 Just back from seeing Paul in a packed cinema.  I am really relieved to say this is an excellent road movie.  I say relieved because I was worried about Paul – the trailer with Odeon club card combo advert had really turned me off the film.  Then there was the travesty of a film that was Burke and Hare.  On the flip side there was the brilliance that was Hot Fuzz and Shaun of the Dead – while this isn’t the last part of the Wright/Pegg’s ‘Blood and Ice Cream’ trilogy and isn’t Fuzz or Shaun – it is Pegg’s best work since Fuzz.

It’s late and a work night so I’m not going to write a massive review so here are a few bullet points: