An updated version of this article is now available on my website at
Creating a Bifurcated Lava Flow in Vue Infinite. 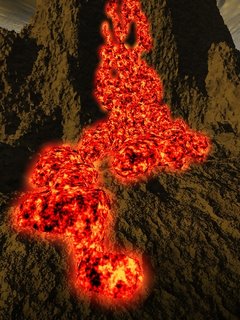 To make this I first looked at some maps of Bifurcated flows. I then drew a flow and used it to control the distribution of objects in an EcoSystem on a terrain model of a volcano. 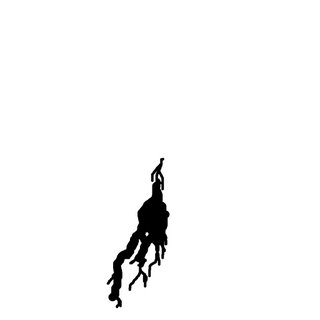 I then used a new Python script, ecotoobject.py, to place cubes where there were instances in the EcoSystem. Next I textured the terrain that had the EcoSystem on in with a rock texture, destroying the instances at the same time. Selecting all the cubes I made them into a metablob and then baked that to a mesh to speed up rendering and reduce memory usage. Finally I applied a magma texture and rendered.

Wow. That's amazing. I'm terrified of Python. If you can direct me to any tutorials you have or know of regarding these kinds of processes, I'd really appreciate it!