Making Tree on a Hill 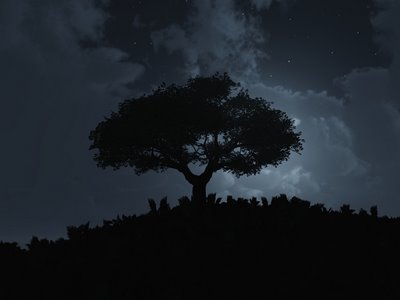 Last weeks picture I made for WW was made entirely in Vue. I started with Vue’s default settings. 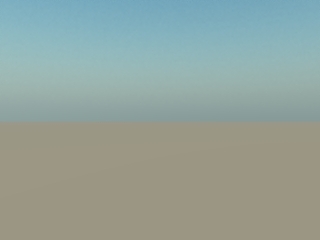 I began by creating a terrain object. 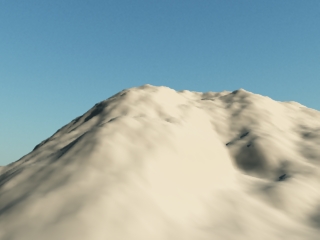 In the terrain editor clicked on the erode button till the default mountain became a smoother hill shape. I resized the terrain to fit the picture I had in mind and angled the virtual camera up to set up the frame I was thinking of having in the final picture.

Next I created a tree object using the Summer Cherry Tree plant type. I positioned it roughly over the top of the hill where I wanted it to be and then used the drop button to put it on top of the hill. I tried dropping it several times till it landed where it looked best. 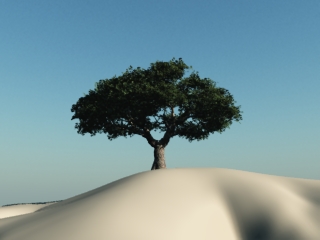 I used an EcoSystem to put the rest of the plants onto the hill. It’s a mixture of the patch of grass and fern that come with Vue along with the weed patch from Linda’s lush underbrush set from Cornucopia 3D. 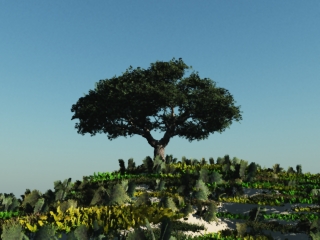 I switched to the atmosphere Bruno kindly gave me a while ago. Then I fiddled with the camera a bit more and rendered the final picture.

I made the sidebars for the revamp of impworks in a similar way and used different atmospheres to create the different pictures I’ll be rotating on the side bar that featured in my Thursday Thirteen last week.

2 Responses to Making Tree on a Hill

Very nice image! Great step-by-step write up. I really like that atmosphere, is it available for download anywhere?

Thanks for explaining how you created the image. I was wondering about that last week .. :)